What is the secret behind Chinese hard working culture?

Chinese (especially Han Chinese) have a strong sense of collectivism. For centuries, China has been ruled by an emperor, and now a single party system. It is in the Chinese philosophy to work hard. There’s a saying in China “世上无难事，只怕有心人” meaning nothing is impossible to a willing mind. One of the authoritative Chinese classics, the Doctrine of the Mean, promotes an abstemious lifestyle and hard-working.

Chinese believe in the idea of 能吃苦, able to endure bitterness. This idea basically means, if I can endure now, then I can make my life much easier tomorrow. One must sacrifice themselves in order to enjoy a better tomorrow. In fact, this is what a lot of Chinese parents tell their children in order to make them study harder. If you study hard in school in your youth, then you will end up with a much more wealthy and happier life when you become an adult. There’s also a lot of competition in China, therefore you can’t afford to be lazy. 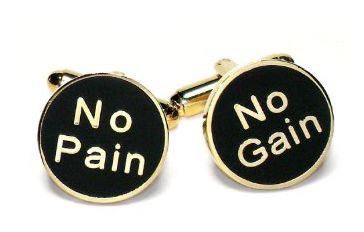 If you look at Chinese small businesses, almost all are based on the family as their social unit.

That is, everyone has a role and a duty to each other person. Failure to meet these obligations is shameful, because that person has let down the others in the family.

This system then extends out to the company or project, and being lazy is perceived as letting the team down.

It then extends out to the nation, with the president as its head.

The important thing to remember is that if everyone is working hard, then no one wants to be seen as the person who is not supporting the overall aim of the family, the company or the nation.

This is why Chinese are not only willing to work hard, they feel that they are obligated to work hard.

A mate of mine, who is Dutch and running a company here, seems to think quite the opposite! His experience is that his Chinese staff in particular will do the bare minimum of work unless told explicitly what's required of them for the day, every day. And the one and only way to enforce it is to use the standard Chinese method of issuing salary fines to those who don't follow the rules. Previously they would arrive to work at lunch time and take it easy until the afternoon then go home, until he finally forced them to arrive in the morning by issuing fines to those who were not punctual.

Another mate of mine, based at the British embassy in Beijing, said he was stunned to see a Chinese coworker stop to joysously eat her apple and read a book for a while, while the rest of the office was flat out with the same work she was expected to do. In her mind, she had done the exact amount of work that was asked of her, so she could sit back and relax. The concept of ‘shared responsibly’ was nonexistent.

My personal experience was a sort of middle ground between the two. In my old office, guys would often turn up late but they'd work a lot of overtime too. The boss sometimes made a point of reminding people to arrive on time, and I think issued a 50rmb fine once, but it was mostly relaxed.

And then, just the other day I bought a new laptop where the guys gladly worked well into the evening getting it set up on my behalf. It was past 9pm so I told them to stop and we could deal with it in the morning instead. They damn near insisted on staying, because of the ‘service culture’ and typical expectations in the Chinese work ethic. So those guys were definitely hard working. Doing overtime like that, and unpaid!

I think the point here is that the attitude and work ethic I've seen and heard about in China is not hugely different from anywhere else, and is more reliant on individuals, groups or organisations, rather than the core cultural values of the nation.

I would say “Hardworking Chinese” is a stereotype borne of the fact that most Asians in the western world a couple of decades ago were students, and often scholarship quality, so were generally of a much higher calibre than most.